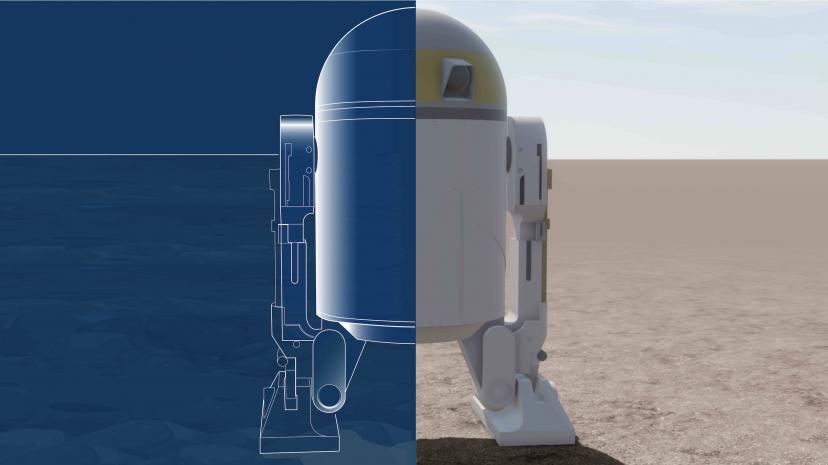 IF WE turn fantasy into a 3D reality, can we inspire social innovators to transform their dearest dream into a real treasure of technology?

Makers, experts, engineers, designers, scientists, educators, curious and passionate minds who are willing to learn robotics through Star Wars universe and create their own replica robots of the iconic mascot of R2-D2 are welcome to join this community.

Stars Wars Universe to inspire robotics community across the galaxy

A long time ago in this galaxy, far, far away from the digital era of mobile, social apps and cloud, Robert decided to realise his dream and the dream of generation of fans: taking his love of Star Wars where no one else went before. the iconic Star Wars characters R2-D2, the only one that appears in all of the eight movies, was about to be given life.

"In 1998, I read an article which spoke about the aluminum R2 units were made at an engineering company called Norank Engineering in Borehamwood England. I called them and Norank’s owner, Norman Harrison, told me he still had the original blueprints and would be willing to sell them."

Over the years, he put all his energy to get the original blueprints and succeeded. The blueprints contained almost all the information he needed to completely define R2-D2: the shapes, the materials and also the behaviours.

The only mystery left was the mechanical arms. The dimensions of the 3D model conceived from the original blueprint did not seem to match the real measurements on the genuine R2-D2.

To connect the dots between the virtual and real worlds? The 3DEXPERIENCE platform with CATIA applications.

The only solution to prove the geometry on the blueprint was traced and then wrapped onto the cylindrical body was 3DEXPERIENCE CATIA.

The light side of the force to build a community...

To achieve his Jedi dream, Robert realised he wasn't alone and could rely on the Force of the community.

Call to action for STEM professionals and STEM students interested in creating a ROS autonomous platform for the original R2-D2 form factor. The workshop available in replay above include the history of the project including reverse engineering the original aluminum props from 1976 as well as the plans to design an autonomous backbone to bring the replica props to life.

OpenR2 ensures inclusive and equitable quality education and promote lifelong learning opportunities for all. OpenR2 is dedicated to an interdisciplinary community of makers, experts, engineers, designers, scientists, educators, curious and passionate minds who are willing to learn robotics through Star Wars universe and create their own replica robots of the iconic mascot of R2-D2. 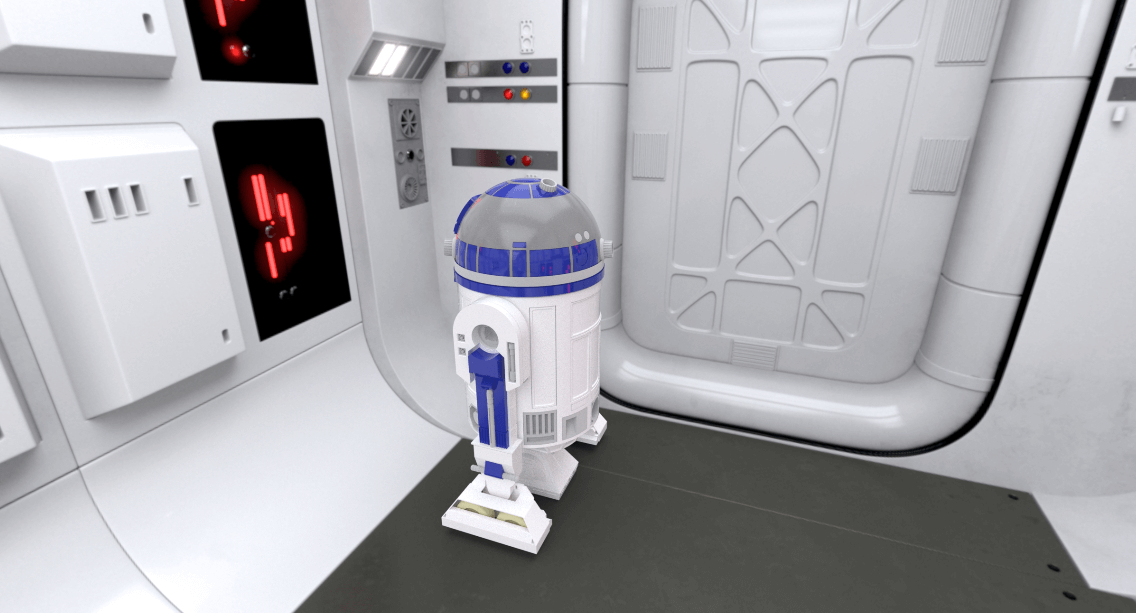 Today, they represent the core team behind OpenR2. The team is spread out all over the United States and Australia. He didn't meet them all in person as of today but Celebration 2019 is where he want to have a meetup.

I’ve known Steve Lahr for 25+ years working many of those face to face. I’ve worked with Dia online since 1999 but have not actually met him.

They´re talking about us

IF WE have a working environment for production-ready innovation, can we transform the future factory?

IF WE give access to digital fabrication, can everyone be a maker?

IF WE were all makers, can we fabricate our ideas easily?

IF WE open our hearts and leverage our products thanks to a passionate community, can we make memorable experiences for children in wheelchairs?

IF WE empower collective intelligence, can we design & engineer solutions to act fast against the covid19 virus?