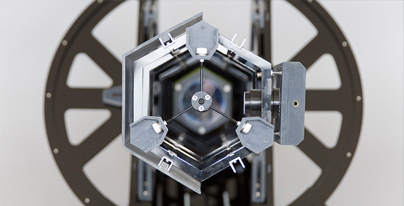 IF WE ALL OBSERVE THE SKY AROUND THE GLOBE, CAN WE DETECT AN ASTEROID WAY BEFORE IMPACT?

Hunting for asteroids just became more accessible thanks to Open Space Agency's (OSA) Ultrascope, an automated robotic observatory that anyone can fabricate using a 3D printer. Budding astronomers receive, for as little as 750 USD, a starter kit containing the necessary components and the 3D models to print the chassis along with instructions to assemble the components together. Initially designed to enable individual citizens to own a high-quality telescope, OSA hopes to reach thousands of people around the world and to create a community of asteroid hunters to help NASA detect and track near-earth objects that may potentially cause extensive damage. OSA worked with the 3DEXPERIENCE Lab to design the Ultrascope, using Dassault Systèmes´ design and simulation applications, and to produce a prototype in its FabLab.

Every so often you´ll hear about a doomsday asteroid whizzing past Earth, narrowly avoiding collision and potentially destroying property and life. However, according to Nasa´s Near-Earth Object Program every 10,000 years or so, asteroids larger than 100 meters would be expected to reach Earth´s surface and cause disasters. While the probability of an asteroid striking Earth and causing great damage is remote, smaller, less lethal asteroids fly by more often.
NASA keeps track of many of them on its website, but they represent only a fraction of asteroids in proximity with earth´s orbit. This is because NASA does not see every flying object out there because it does not dispose of enough telescopes to do the job. More effort must be made to track and even destroy them if calculations show that they are on a collision course with Earth or with an orbiting satellite.

Founded by James Parr, the Open Space Agency strives to create a community of individual space explorers to monitor space for approaching asteroids. The NGO developed plans for an open source automated robotic observatory, or ARO, that anyone passionate about space can download and fabricate with a 3D printer.
Powered by a smartphone, this home-grown "asteroid-hunting telescope" enables individuals to monitor asteroids in space and to optionally inform NASA thanks to a system that automatically uploads the information they collect so that it can be analyzed by NASA scientists. The smartphone serves as a receiving device to capture images taken by the telescope and also enables users to connect with others in the community who have the same telescope.
In addition to using it to seek out asteroids, the Ultrascope can also serve to satisfy budding astronomers´ passion for observing the stars and planets up above.

Currently at the proof-of-concept stage, the Ultrascope will eventually be delivered as a starter kit containing materials, mirror, lenses, stepper motors and shield and the 3D files to print and laser-cut the telescope chassis. The entry-level model will cost approximately 750 USD. 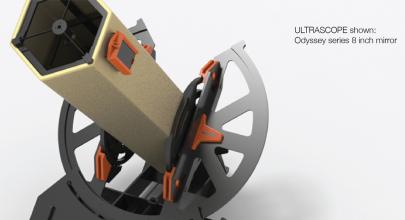 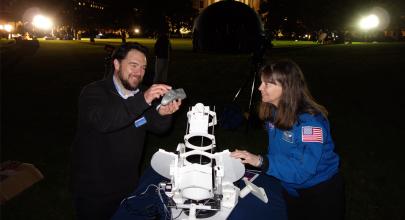 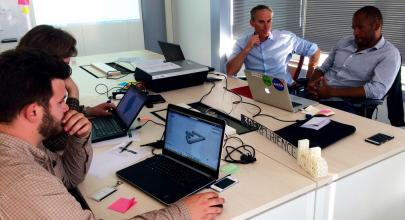 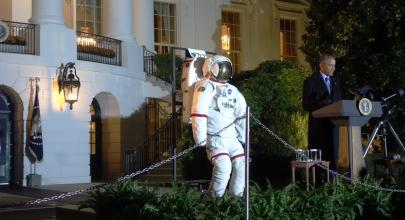 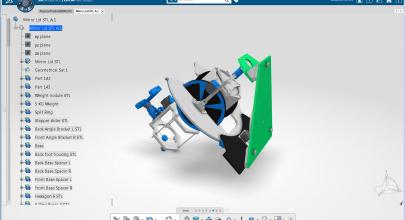 OSA is a team of citizen space explorers who believe that today´s technology can bring space exploration to the masses. CEO James Parr is assisted by Jordan McRae, CTO, who leads the technical development of the Ultrascope. Their approach uses collaborative technologies and additive manufacturing that drive down the cost of fabricating a telescope and that enable people to join forces to monitor the skies for rogue asteroids.

Following a connected objects contest organized by Dassault Systèmes in 2015, Open Space Agency was awarded most innovative concept in the design and function categories for its one-meter long space telescope. The inventors were invited to join the3DEXPERIENCE Lab and to benefit from Dassault Systèmes´ solutions to finalize their design and to produce their prototype in the 3DS FabLab on campus. Open Space Agency engineers have access to design and simulation software on the Cloud and a community created on the 3DEXPERIENCE platform where project members can exchange ideas and collaborate to fine-tune their designs. The company also receives training and consulting from Dassault Systèmes´ experts who donate their time to help OSA engineers best use the3DEXPERIENCE applications to create a production-ready 3D model of the Ultrascope.

They're talking about us

IF WE design Leonardo' machine in 3D, can we better understand the incredible patrimony he inherited?

IF WE leverage the simplicity of VR, can anyone sketch ideas and bring them to life?

IF WE look at the world with fresh eyes

IF WE transport hydrogen at solid state, can it become the energy of the future?